HAVANA — Ailing Cuban leader Fidel Castro demanded on Thursday that President Barack Obama return the U.S. naval base at Guantanamo to Cuba without conditions, and he accused the new U.S. leader of supporting “Israeli genocide” against Palestinians.

Castro, who had recently praised Obama as “honest” and “noble”, lashed out at his administration for stating that Washington will not return Guantanamo if it has any military use for the United States and without concessions in return.

“Maintaining a military base in Cuba against the will of the people violates the most elemental principles of international law,” Castro wrote in a column posted on the government-run website http://www.cubadebate.cu.Read the article  source.

Reflections by Comrade Fidel: DECIPHERING THE THOUGHTS OF THE NEW PRESIDENT OF THE UNITED STATES

It is not too difficult. After taking office, Barack Obama said that the decision to return the territory occupied by the Guantánamo Naval Base to its legitimate owner requires weighing up the extent to which the defensive capacity of the United States would be or not in the least affected.

Soon after that he added, with regards to the return of the territory occupied by the Base to Cuba, that he would first consider under which concessions Cuba would accept that solution, which would be tantamount to demanding a change in its political system, a price against which Cuba has been struggling for half a century.

To keep a military base in Cuba against the will of our people is a violation of the most elemental principles of international law. The US President has the faculty of abiding by that rule without exacting any condition whatsoever. Non compliance with it would be an act of arrogance and an abuse of his immense power against a small country. Read the rest here.

Thanks to Atlas Shrugs for the link. Visit her site. Obama must be cowering in fear at the thought that Castro may threaten us with the Cuban Navy.This is a follow up to the question I posted on 1/28/09. 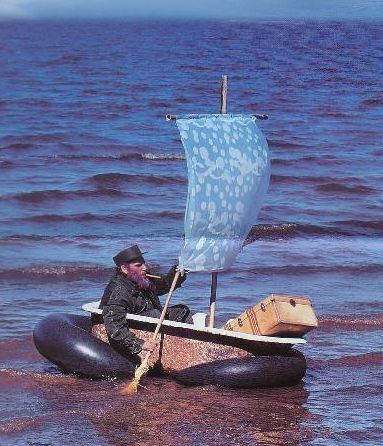