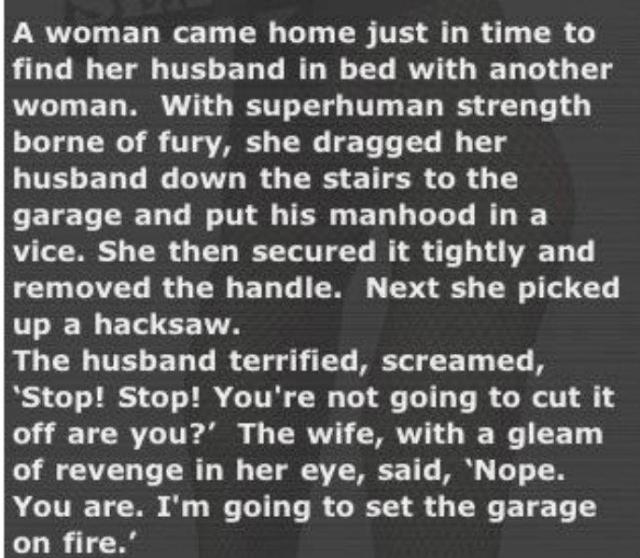 This entry was posted in humor, Uncategorized and tagged A woman's revenge, adultery, humor. Bookmark the permalink.

58 Responses to A woman’s revenge