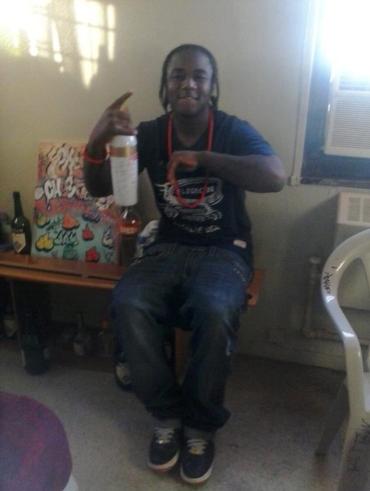 Corey Dunton, a 16 year old Black gangbanger after a shooting incident of two skaters at Bryant Park Skating Rink, mid-town Manhattan, returned to his home in the Bronx with the police not far behind to confess his sins and brag about his criminal acts on social media (at bottom of post).

The shootings led to a 16 hour standoff with police during which the gangbanger wrote on his Facebook page “FEDS AT MY DOOR IM GOIN OUT WITH A BANG!!!!!!! TAKE MY SOUL”.

Dunton also noted his intentions “to stir up trouble” on social media the day before he enacted his one man crime wave in Bryant Park. Read more…