In One Picture, Everything You Need to Know about Government

Having written more than 5000 columns over the past ten-plus years, I’ve learned that policy analysis doesn’t “go viral.” 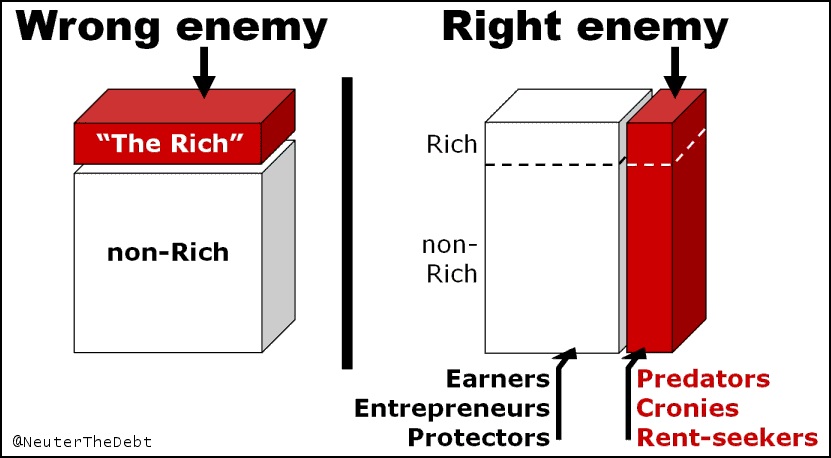 In other words, rich vs poor is the wrong way to divide society.

Today, I have another image that also has a very powerful message. I don’t know if it will go viral, but it has a very appropriate and accurate message.

For instance, America is now dealing with a lot of controversy regarding occasional police misbehavior and sometimes-violent protests, but it’s hopefully accurate to say that most cops and most protestors are good people

And the same is true for clergy and doctors, even though both groups have a few…