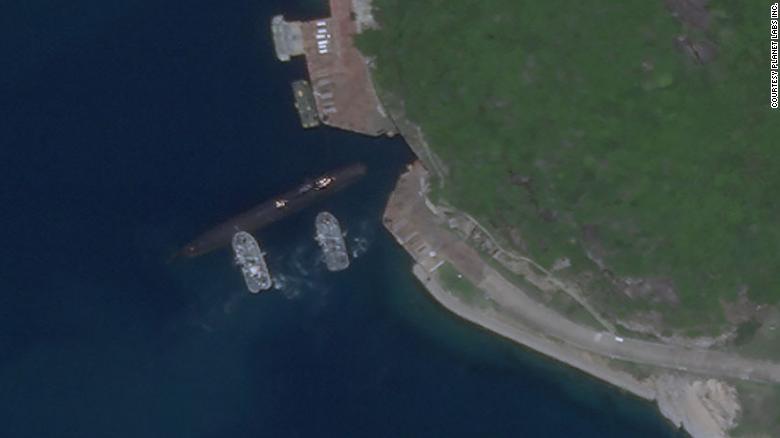 Satellite image of Aug. 18, 2020, appears to show a Chinese submarine using an underground base on Hainan Island on the South China Sea.

Hong Kong (CNN)Military watchers across the internet were provided with a rare sight after photos circulated this week that appear to show a Chinese submarine using an underground base on Hainan Island on the South China Sea.The satellite image from American imaging company Planet Labs, first posted on the social media accounts of Radio Free Asia, shows what appears to be a Type 093 nuclear-powered attack submarine entering a tunnel to an underground berth on Yulin Naval Base.It immediately drew comparisons to what might be seen in a spy movie, with one Twitter user just posting the words “Bond, James Bond” in…