How Much Economic Freedom Does the U.S. Enjoy Today Compared to Obama’s Last Year in Office?

The latest edition of Economic Freedom of the World has been released by the Fraser Institute. The good news is that the United States is in the top 10 (we dropped as low as #18 during Obama’s first term).

The bad news is that Australia jumped in front of the United States, so America is now #6 instead of #5 like last year.

Here are the 20 jurisdictions in the world with the highest levels of economic liberty. 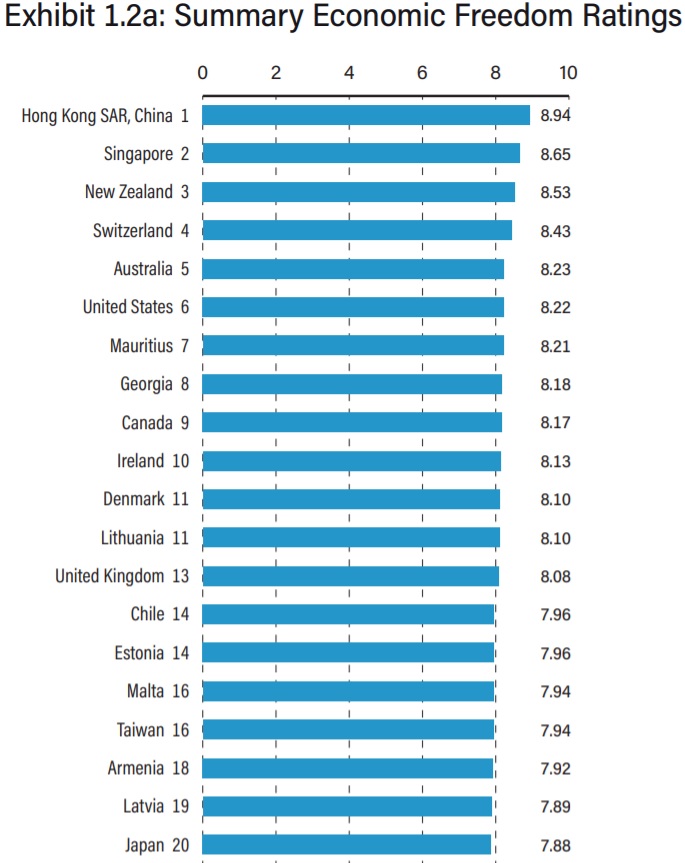 Here are some of the highlights from the report.