I wasn’t the only one who objected to Pelosi’s reckless idea. 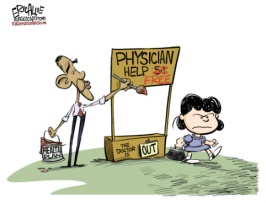 We have forty centuries of experience demonstrating that price controls don’t work. The inevitable result is shortages and diminished production (sellers won’t produce sufficient quantities of a product if they are forced to lose money on additional sales).

Here’s some of the paper’s editorial on the adverse impact of her proposed intervention.

Mrs. Pelosi’s legislation would direct the secretary of Health and Human Services to “negotiate” a “fair price” with drug manufacturers… Any company that refuses to negotiate would get slapped with a 65% excise tax on its annual gross sales that would escalate by 10% each quarter. Yes, 65% on sales.