Lebanese Politicians Want Their Government to Act Against Hezbollah (Part 1)

Lebanese Politicians Want Their Government to Act Against Hezbollah (Part 1)
Lebanese politicians have been up in arms decrying their government’s inaction amid tensions with Israel. The story is here. They are not talking about the government acting against Israel, which has…

Lebanese Politicians Want Their Government to Act Against Hezbollah (Part 2)

Lebanese Politicians Want Their Government to Act Against Hezbollah (Part 2)
The Sunnis are, unsurprisingly, determined to curb Hezbollah’s power by joining with all the other Lebanese groups that have had enough of Hassan Nasrallah and his bezonians goose-stepping through… 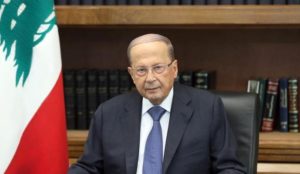 Lebanese politicians have been up in arms decrying their government’s inaction amid tensions with Israel. The story is here.

They are not talking about the government acting against Israel, which has tried its best to dampen tensions with Hezbollah, but against Hezbollah. For it is Hezbollah that threatens to drag the Lebanese into a war with Israel that, in Lebanon, only Hezbollah wants. Recently in an attack on a base in Syria, the Israelis unintentionally killed a Hezbollah operative. The Israelis explained this, but Hezbollah refused to accept that explanation. Instead it launched what turned out be a thwarted attack in northern Israel. Israel deliberately aimed its fire so as not to kill or wound the infiltrators, but only to scare them back over the border, another sign of Israel’s desire to avoid more hostilities.

The Kataeb Party, which represents the interests of Lebanese Christians, and is opposed to both Hezbollah and Palestinian groups in Lebanon, demanded that “the President of the Republic and the government prove their presence, especially since the supposed response was or will be from Lebanese territory in retaliation for an Israeli operation targeting Iranian and Hezbollah sites in Syria,” according to Lebanon’s National News Agency (NNA).

The Lebanese government has done nothing to rein in Hezbollah because it is in thrall to the terror group. Several ministers are members of the group, while others, including the Maronite President Michel Aoun, follow the group’s dictates.

The [Kataeb] party stressed that the “absence of the government” was “an existential abolition of the state and its institutions” and that they’d “had enough of witnessing [Lebanon] being used as a mailbox and a guard for the interests of regional powers and agendas.”

Lebanon is now not so much a nation-state but a collection of groups, with Hezbollah the most powerful, dominating all the rest. The Lebanese National Army is afraid of confronting Hezbollah, the proxy of Iran, militarily. Forces around the billionaire Hariri family promote the interests of the Sunnis; the Kataeb Party represents the Maronites and other Christians; the Shi’a political movement Amal, led by the Speaker of Parliament Nabih Berri, represents those Shi’a who remain outside Hezbollah. Jihad Watch read more 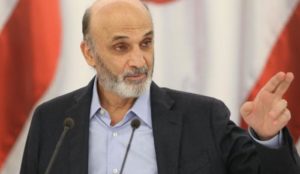 The Sunnis are, unsurprisingly, determined to curb Hezbollah’s power by joining with all the other Lebanese groups that have had enough of Hassan Nasrallah and his bezonians goose-stepping through south Beirut.

The Future Movement [predominantly Sunni], led by former Prime Minister Saad Hariri, has demanded that the state and military take responsibility, “in light of the incomprehensible absence of the government and the competent ministries which decided to distance itself from challenges at this level of seriousness and importance, and hand over the full control of the affairs to partisan entities,” NNA reported.

“The partisan entities” to which “full control of the affairs [of state] have been handed over is, in reality, only one entity – Hezbollah. There was no need for Hariri to spell it out.

“Defending Lebanon is not a military and political jurisdiction of a group of Lebanese,” added the movement, pointing to the government’s “suspicious absence” from the southern border with only a condemnation made 24 hours after the actual incident occurred.

The incident the government failed to condemn was the attempt by Hezbollah fighters to infiltrate into Israel, which, had it succeeded in killing a sufficient number of Israelis, might have set off a war between Israel and Hezbollah that would necessarily damage Lebanon. What the Prime Minister Hassan Diab finally did condemn was not Hezbollah, but Israel, for managing to thwart the attack. When that attack by Hezbollah occurred, the Lebanese government was “absent,” leaving it up to Hezbollah to produce its own version of events, which was to deny the attack altogether. A Lebanese government sure of itself would have promptly condemned Hezbollah for “launching attacks from Lebanese soil, at the directive of a foreign power, that can only damage the nation.” But right now there is no such government.

Lebanese Forces Party [a Christian group] leader Samir Geagea told the Associated Press that “Monday’s military activity along the border with Israel was a clear indication the current Hezbollah-backed Lebanese government doesn’t have sovereignty in the south, along Israel’s border, where thousands of UN peacekeepers are based.”

The Hezbollah-backed Lebanese government doesn’t have sovereignty, but Hezbollah itself does throughout southern Lebanon. The U.N peacekeepers are ineffectual and without the ability to disarm – as they are supposed to – Hezbollah forces. They are in Lebanon to enforce U.N. Resolution 1701, “that requires the disarmament of all armed groups in Lebanon, so that, pursuant to the Lebanese cabinet decision of July 27, 2006, there will be no weapons or authority in Lebanon other than that of the Lebanese state.” In the fourteen years since, there has been not a single example of the U.N. Peacekeepers permanently disarming Hezbollah fighters. Jihad Watch read more