I had several video clips of the Beslan massacre but most have been scrubbed. It appears anything negative about Islam is offensive to Moslems no matter how true. Liberals, Moslem apologists and Moslems believe (IMO) that if they can erase history it didn’t happen.

On September 1, 2004, a group of heavily armed Chechen Muslim terrorists stormed  a school in Beslan, where they took some 1200 hostages and forced them into the school gymnasium, which they had mined with explosives. 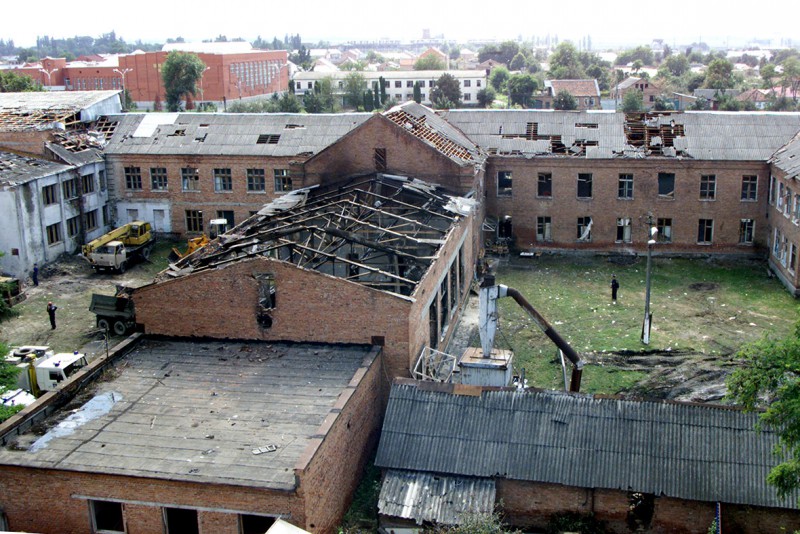 On September 1, 2004, more than 1,100 parents and children arrived for the first day of school at School No 1 in Beslan. They were greeted by heavily armed Islamic separatist gunmen, Chechen Muslims, who held them hostage for three days.

In a bloody climax, more than 380 people were massacred and many more injured, including children, in a series of explosions and firefights, not to mention many rapes and sexual assaults of children and teachers by the Muslim terrorists. Once a sleepy town of around 35,000 in North Ossetia, bordering  Muslim Chechnya, where Russia has fought 2 wars against Muslim separatists, Beslan has become synonymous with the masscare, and residents still live in fear. 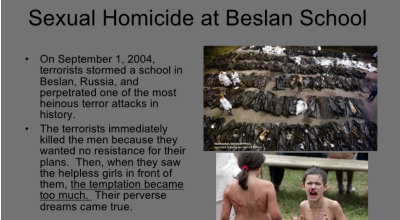 The crisis began when armed Islamic separatist militants, mostly Chechen Muslim, occupied School Number One (SNO) in the town of Beslan, North Ossetia (an autonomous republic in the North Caucasus region of the Russian Federation).  The hostage-takers were the Riyadus-Salikhin Battalion, sent by the Chechen Muslim separatist warlord Shamil Basayev, who demanded recognition of the independence of Chechnya at the UN and Russian withdrawal from Chechnya. On the third day of the standoff, Russian security forces entered the building with the use of tanks, incendiary rockets, tanks, incendiary rockets and other heavy weapons.

At least 330 hostages were killed, including 186 children, with a significant number of people injured and reported missing.

PHOTOS of the aftermath of the Beslan school siege (WARNING: Graphic Images) 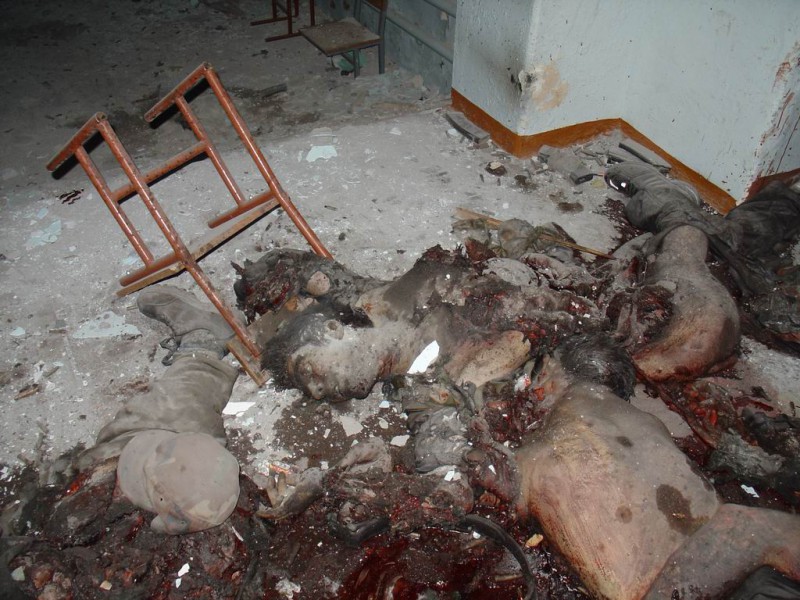 What was left of the terrorists

The victims who survived

This entry was posted in BoudicaBPI, government, Islam, Uncategorized and tagged allah, Beslan, Boudica Bpi, islam, jihad, Moslem, Moslems, muhammad, muslims, russia, This week marks the 16th Anniversary of the Muslim massacre and rape fest of children and teachers at a Beslan school in Russia via Bare Naked Islam, uncategorized. Bookmark the permalink.